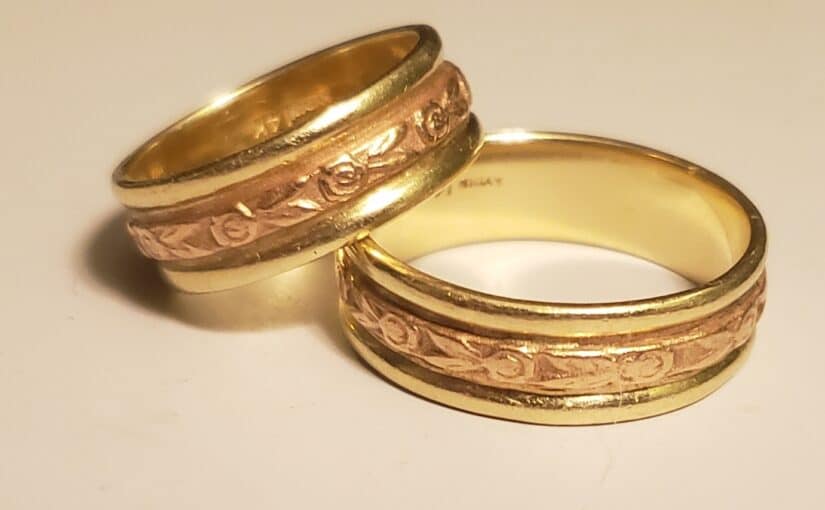 So this morning I woke up very early and decided to get a bit of a headstart. I had planned on going to work to address a few issues. I was to work just before 7:00 AM. Later in the morning I stopped in at the Mailroom. Before heading back to my office, I decided to check in with our Security department.

While at the security office I had a conversation with one of the Operational Supervisors. During the conversation, we discussed convocation and her experience of walking across the stage last year. She reflected on two of our Excutives and their excitement for her accomplishment.

I decided to share a similar story with her regarding one of these Vice Presidents.

About two and a half years ago, upon my arrival at work, I realized I had lost my wedding ring. I rushed back to the bus stop, and I had my head to the ground. I was searching desperately in the snow for the ring. It had fallen off at the bus stop, or on the bus or at the coffee shop. I had been searching for several minutes and did not notice who approached me. Our Vice President startled me, and asked what was wrong. I was clearly out of sorts and little embarrassed to admit I had lost something of such personal value.

The custom ring was a pink gold band with roses on the inside and a yellow gold band on the outside. The ring was crafted by an artist in New York and matched my wife’s ring. The VP helped me look for a while until I gave up. A couple of staff from grounds also helped.

I knew the employees at the coffee shop and the bus driver by name and called both organizations hoping they could provide good news. I also stopped by Security for several weeks afterwards and asked if anything had been left in the lost and found.

That was a couple of years ago and I appreciated that the VP took the few minutes out of her day on the way into work to help me search. When I gave up, she provided me with some encouragement. I’ll never forget that morning. My wife and I purchased replacement rings a while later.

I shared this story at Security this morning. The Operational Supervisor leaned over to the side of her desk and picked out a ring from a bowl of odds and ends.

It must have been found long after I stopped asking.